Probably the most important objective of the program was to teach residents how to continue the surveys on their own. Obviously this could be more difficult, or impossible this summer, given the pandemic related restrictions on all of us. A forum on Aquatic Invasive Species organized by CRE Laurentides was to be held in June of this year. Hopefully it will be rescheduled. Thank you to all the volunteers who have worked on this project since its inception in 2016, and to the experts from CRE Laurentides.

The aquatic plant survey was held last summer on August 15 th , 2019 and was headed up by Marianne Ford and Leslie Comfort. The sky was blue. The breeze was gentle. Armed with sunhats, bright green shirts, nets, aquascopes and sampling equipment, our band of intrepid aquatic plant hunters set out on the lake. The crew included: Barb Campbell, Lynn Chase, Susan Hawker, Cathy Deacon, Michel Gosselin. One of the boats carried Samuelle Durocher, the liaison for the projet de lutte contre le myriophylle à épi or LCMAE (Project for the Battle against Eurasian Milfoil) from Le Conseil Régionale Environmentale (CRE) des Laurentides, based in St-Jérome.

As many of you may know, this is a program run by CRE Laurentides, to map and then monitor aquatic plants growing in the shallow areas of many Laurentian lakes. Volunteers, usually from local lake associations like ours, work with experts from CRE. The idea is for all involved to become familiar with both the native and non-native plants so that anything invasive (like Eurasian Milfoil), can be recognized early if it appears. Mme Durocher’s report on the four year project can be read here:

Invasive species were found in 21% of the 102 water bodies studied directly by LCMAE. Eurasian Milfoil was the most abundant. About 40 Laurentian lakes have been infected with it, as of 2019. Luckily our lake is not one of them, at least not yet. Other invasive species were found in the area, though, again, luckily, not in our lake. They are not quite as well known, but they also pose a danger to delicate lake ecosystems. You may have seen them in nurseries where some are sold for water gardens: European Water chestnut, Water Soldier, European Frogbit, and Curly-leaf Pondweed. Eradication of invasive aquatic plants is, so far, almost impossible, but chances may be better if they are spotted early. Our best hope remains prevention. This is why it is so important that any new boat to our lake passes through a municipal washing station first.

Aside from the result that Louisa has no invasive species as of last summer, the highlights of the report relating to our lake are: The impression of the group working on Aug. 15th was that the area covered by aquatic plant growth has increased, and the problem of sedimentation was noted in one of the bays. Biodiversity is a good thing. 21 different types of native plants have been found in our lake. You can see a few of them here. Thanks to Marianne Ford for the photography. 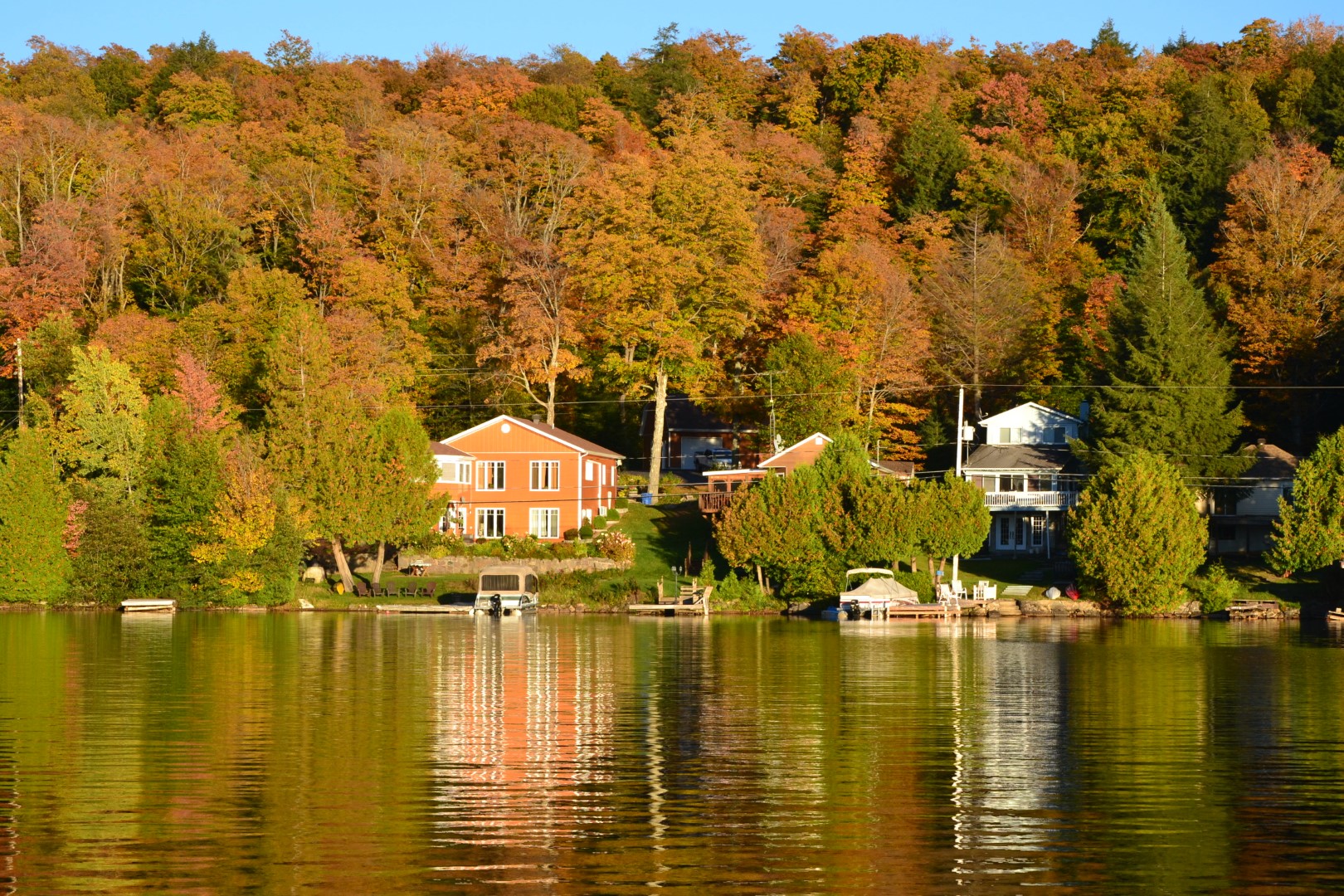